By Meghna A SinghaniaPublished On 2018-12-09T13:37:08+05:30  |  Updated On 9 Dec 2018 8:07 AM GMT
New Delhi: The recent decision of the state cabinet has spelt out good news for practitioners of AYUSH ( Ayurveda, yoga, Unani, Siddha and Homeopathy) working with the government i as it brings them pay parity to the allopathy medical practitioners employed in the state

As per Bihar government's decision, it has now been decided that the AYUSH doctors will be given equal pay with allopath doctors. Soon after the decision of the Nitish Cabinet, the policy has now got its approval from the health department. A notice defining the new salary structure of the AYUSH practitioners working at the various health departments was recently released by the department.

As per the notification released by the State health Department, following will be new structure of pay for the AYUSH practitioners. 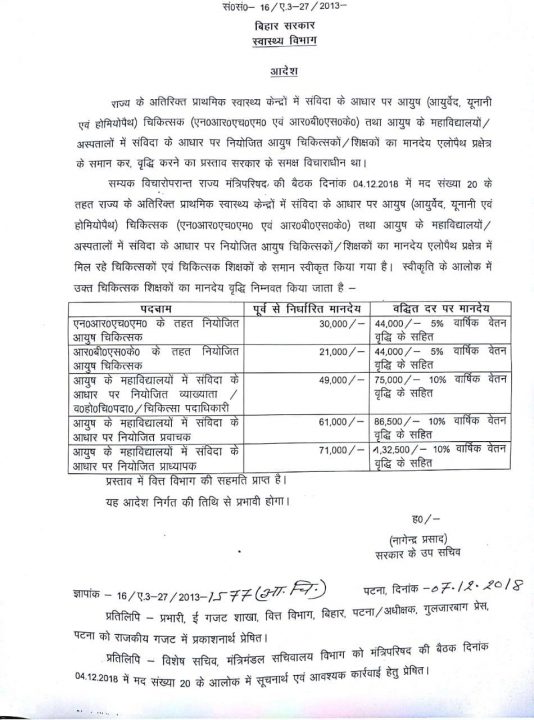 According to the Health Department, the government decided to deploy AYUSH doctors on contract basis for the first time in 2010. In 2010, the placement advertisement for 1544 posts was released. On behalf of the contract, 1384 posts were made on contract basis. The planning was done under the National Rural Health Mission (NHRM).