Preclinical evidence has suggested protective effects of colchicine against kidney fibrosis, despite this, it is not known if colchicine could delay chronic kidney disease progression in humans. To fill this knowledge gap, SeungHyeok Han, Yonsei University, Seoul, Korea, and colleagues aimed to examine the association between long-term colchicine use and the risk of adverse kidney outcomes in chronic kidney disease patients who were treated for hyperuricemia or chronic gout in a multicentre, nested, case-control study conducted in three Korean hospitals.

The study included patients aged more than or equal to 19 years; who had chronic kidney diseasestage G3 orG4; and used drugs including colchicine, allopurinol, and febuxostat for hyperuricemia or chronic gout from April 2000 to October 2020. Patients with chronic kidney disease progression were matched to controls based on follow-up time, age, and sex.

A total of 3085 patients with chronic kidney disease progression were matched to 11715 control patients.

Based on the study, the researchers reported the following findings:

• Multivariate conditional logistic regression analysis showed that patients with morethan or equal to 90 cumulative daily colchicine doses were associated with a lower risk of CKD progression than non-users.

To conclude, colchicine use is associated with a lower risk of adverse kidney outcomes in chronic kidney disease patients with hyperuricemia, or chronic gout.

Researchers said that "Our findings warrant well-designed [randomized controlled trials] in the future to test the potential renoprotective effects of colchicine in CKD patients," according to Dr Han's team, including finding an optimal dose.

The researchers noted that Colchicine interferes with microtubule polymerization and neutrophil function and it has anti-inflammatory and anti-fibrotic effects. 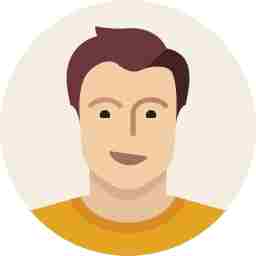 Journal Rheumatology chronic kidney disease CKD replacement therapy kidney failure kidney fibrosis Colchicine
We use cookies for analytics, advertising and to improve our site. You agree to our use of cookies by continuing to use our site. To know more, see our Cookie Policy and Cookie Settings.Ok
X
X