Fibrodysplasia Ossificans Progressiva (FOP) also known as the Stoneman diseaseis a disorder in which muscle tissue and connective tissue such as tendons and ligaments are gradually replaced by bone (ossified), forming bone outside the skeleton that actually limits movement. This process generally becomes noticeable in early childhood, starting with the neck and shoulders and proceeding down the body and into the limbs but the awareness is still not there among practitioners to diagnose this disorder at the earliest.

She has received many accolades, including an award from the National Research and Development Council Government of India for societal innovation. Dr. Madhuri has several patents, and numerous research projects which have transformed paediatric orthopaedics and helped to deliver quality care for children.

In this video, Dr. Vrisha Madhuri Shares her Knowledge on FOP disorder. She disclosed many topics, including the FOP symptom, its cause, and its treatment and more. 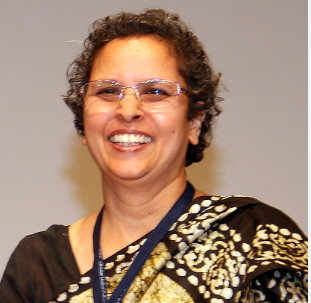 Dr. Vrisha Madhuri is a professor of Paediatric Orthopaedics at CMC. She received her MS in Orthopaedics from CMC, and she went on to receive her M.Ch in Orthopaedics from Liverpool University in the U.K. She has received many accolades, including an award from the National Research and Development Council Government of India for societal innovation. Dr. Madhuri is widely published, has several patents, and numerous research projects which have transformed paediatric orthopaedics and helped to deliver quality care for children.

Isra Zaman is a Life Science graduate from Daulat Ram College, Delhi University, and a postgraduate in Biotechnology from Amity University. She has a flair for writing, and her roles at Medicaldialogues include that of a Sr. content writer and a medical correspondent. Her news pieces cover recent discoveries and updates from the health and medicine sector. She can be reached at editorial@medicaldialogues.in.
Dr Vrisha Madhuri Fibrodysplasia Ossificans Progressiva FOP Stoneman diseaseis bone bone disorder Orthopaedics bone problem
We use cookies for analytics, advertising and to improve our site. You agree to our use of cookies by continuing to use our site. To know more, see our Cookie Policy and Cookie Settings.Ok
X
X