Bengaluru: The healthcare services in the entire state of Karnataka is on a shutdown today in response to the brutal assault of a female PG medico at Minto Hospital attached with Bangalore Medical College and Research Institute (BMCRI).

While the 24-hour complete shutdown of OPD services (OPD bandh) has been launched by the Indian Medical Association (IMA) Karnataka chapter in support of striking medicos, the doctors in other states have shown major support to the ongoing strike.

The protesting doctors have also initiated a Postcard Abhiyan seeking the Prime Minister of India, Shri Narendra Modi to address the issue and take necessary action.

The 25,000 doctors including IMA members have closed down the OPD services at nursing homes and hospitals for 24 hours from 6 am today ( November 8th) to 6 am the next day, November 9th.

The doctors at Minto Hospital are on "indefinite boycott" of OPD services, since a week following the assault. The incident had triggered major uproar within the state's medical fraternity who further resorted to strike demanding culprits behind bars and security at the workplace. Evidently, these are the long-standing demands of all the doctors in the country.

Medical Dialogues had reported about the episode wherein the members of Karnataka Rakshana Vedike (KRV) allegedly assaulted the female PG medical student pursuing MD in ophthalmology. The mob had barged into the hospital and cornered the medico demanding compensation for a patient who lost his eyesight a couple of months ago after botched-up eye surgery. It was alleged that the mishap was the result of a contaminated drug used during the surgery.

As no senior doctor was available that time, the KRV members allegedly questioned the duty doctor and the PG medico, asking her irrelevant questions and misbehaved with her.

Things soon turned ugly when the group members allegedly got into a spat with the doctor, who replied to them in English. Taking offence to her reply in English on Karnataka Rajyostava day (the day when the state was formed), KRV members lost their cool. The medico was held by her arms and made to sit in a corner and allegedly assaulted for not replying the group members in Kannada. Meanwhile, another male doctor who was filming the entire act was also assaulted and forcefully made to stop the video.

Thereafter, a complaint was moved by the dean of the hospital with the police against the KRV activists under IPC sections 353 (obstructing public servants from discharging their duty), 323 (assault), 341 (wrongful restraint) and 506 (criminal intimidation).

Meanwhile, the doctors attached with the institute launched a protest criticising the incident and demanded justice. "If any compensation has to be paid, it should come from the manufacturing company. We demand the drug manufacturer and activists be arrested," Dr PG Girish, director of medical education, who is backing the protest, had stated earlier.

Leading doctors association including Resident Doctors' Association (RDA) at All India Institute of Medical Sciences (AIIMS), Post Graduate Institute of Medical Education and Research (PGI Chandigarh) and Jawaharlal Institute of Post Graduate Medical Education and Research (JIPMER) have also released press statements in support of doctors demanding the arrest of the assailants and having industrial-grade security at government hospitals.

In a letter to the Union Health Minister, the AIIMS RDA expressed solidarity to the striking medicos and urged to fulfil the demands of the BMCRI doctors which are: 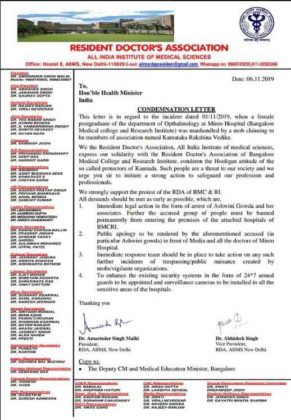 In pursuance, PGI Chandigarh condemned the attack and supported the abovementioned demands of BMCRI medicos.

Further, backing the ongoing strike, JIPMER has initiated Black Badge protest. In their press note, the doctors stated, "There is clear volume of crimes which gets covered under wrongful restraint, criminal intimidation, obstructing a public servant from executing his/her duties and raising false allegations conducing public mischief, misleading, trying to bring the wrath of common people over the doctors with an intention to breach of peace and harmony inside the hospital premises, There is a question of competency of hospital security system and law & order maintenance in the city since the institution of hospital is a sensitive none to be in surveillance for top priority."

They have declared "the black badge demonstration for two days 08.11.2029 & 09.11.7009, while on duty, standing in solidarity with the resident doctors associations of Karnataka, demanding the government of Karnataka for a stringent action ower this kind of illegal and unethical acts targeting the doctors in any form by any person irrespective of whatever position they hold, and secure the domain for a safe healthy working environment." 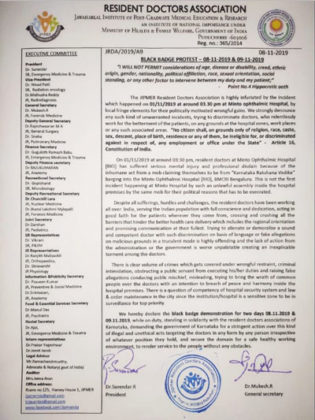 With raising slogans of #savethedoctors, the protesting medicos have taken to social media uploading images of strikes launched by their counterparts in other medical institutes in their support. 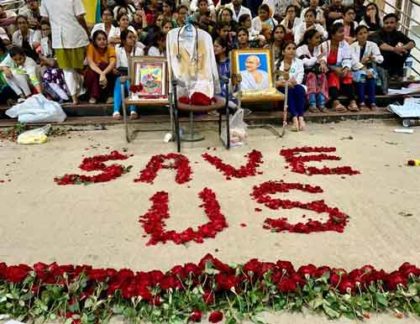 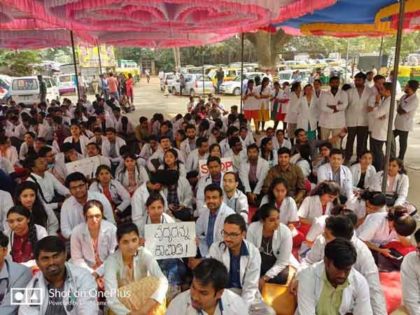 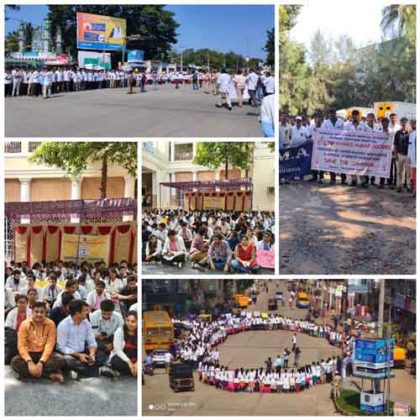 In their Postcard Abhiyan, the doctors have written to the PM Modi seeking justice pointing out to the plight of resident doctors who are rampantly made the scapegoat of kin outrage. 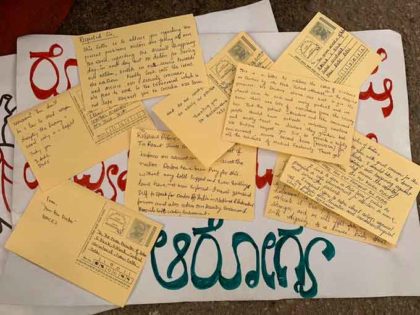