“The century-old in-patient building is in a dilapidated state, and the situation is no different in the Out Patient building,” Dr P S Vijayender, Chairman, Telangana Junior Doctors Association (TJUDA) said.

Vijayender stated that Rs 200 crore was sanctioned in 2014 by the then Chief Minister, Kiran Kumar Reddy, for the construction of a new building. However, the funds were kept unused and got added to the next financial year’s budget.

In 2015, he said that Chief Minister K Chandrashekar Rao visited the Osmania General Hospital and assured the construction of twin towers of ten-floors each for the hospital. 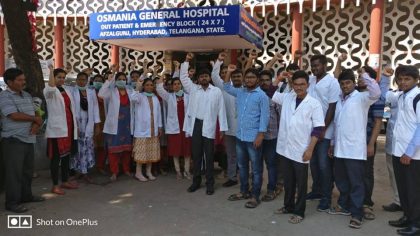 Directorate of Medical Education, Health Secretary and Health Minister, but no action was taken. Left with no option, Vijayender said that in January this year, protests were staged for nearly three months.

“In January 2018, we launched various forms of protest which continued for 84 days. After this, the Health Minister called us for talks and assured a new building. He also asked JAC members to stop the protest. But till now there is no progress in the construction of the new building,” he added. 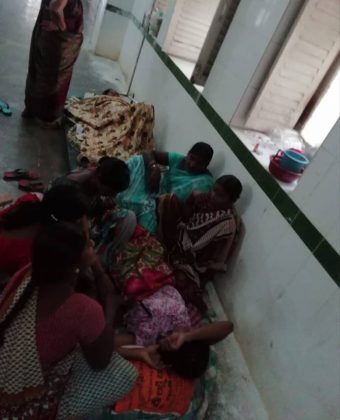 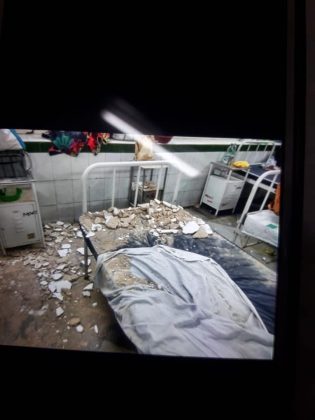 The TJUDA Chief said that due to the condition of the second floor of the inpatient building, wards were shifted to the first and ground floors. He also said that due to a shortage of beds, some patients are forced to sit or sleep on the floor while receiving treatment.
“In the wake of the situation, we are sincerely requesting for a safe hospital environment for patients and their attendees, and also a safe working environment for doctors, nurses and supporting staff,” he added.

Earlier in the month, doctors, nurses and other staff at Osmania General Hospital were seen wearing helmets to work as a mark of protest against the poor condition of the building.