Manju Diler, Shri Ganaga Ram Ghosre, Mayor of SDMC attended the Camp. The CMD and DGM National Safai Karamcharis Finance Development Corporation were also present on the occasion, along with other dignitaries. 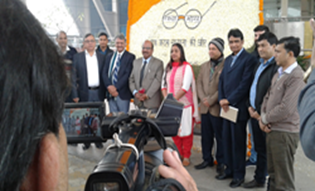 Mayor expressed hope that they will continue the good work and assured that their genuine demands such as Regularization, Medical Cashless Card, Payment of arrears have already been taken up in a positive way and shortly would be announced by the SDMC. Chairman, NCSK congratulated for its achievement. The members of the Commission, as well as those of SDMC, also expressed their views on the occasion.

104 Safai Karamcharis of the SDMC who have made outstanding contributions in their work have been felicitated and honoured in form of appreciation Certificate, Memento, Safety Kits and flower during this event.