Srinagar: Twenty more Diplomate of National Board (DNB) seats have been approved by the National Board of Examinations (NBE) for Government Medical Colleges (GMCs) and District hospital in Jammu and Kashmir.An official spokesperson said in a major achievement for Healthcare Department in J&K, 20 more seats have been approved by NBE for Government Medical Colleges and District Hospitals...

Srinagar: Twenty more Diplomate of National Board (DNB) seats have been approved by the National Board of Examinations (NBE) for Government Medical Colleges (GMCs) and District hospital in Jammu and Kashmir.

An official spokesperson said in a major achievement for Healthcare Department in J&K, 20 more seats have been approved by NBE for Government Medical Colleges and District Hospitals of J&K.

By this, he said the accredited institutions will get two PG candidates in the certified stream every year. "Till now, 39 Super Specialty/ Broad Specialty courses have been approved by NBE. It is likely to give 81 seats to the UT, which is over and above the DM/MCH and MD/MS courses already being run in Jammu and Kashmir," he said.

The spokesperson said District Hospital Gandhi Nagar had earlier got six seats in Anesthesia and Medicine, pursuant to which DNB courses have been started in Gandhi Nagar, Jammu.

"Recently, six specialties have been accredited by NBE in new GMCs with an approval of 12 seats. Two seats have been granted by NBE to new GMC Doda in the department of Pediatrics. With this, GMC Doda is accredited in the specialty of Anesthesia and Pediatrics with a total of four seats in both streams," he said. 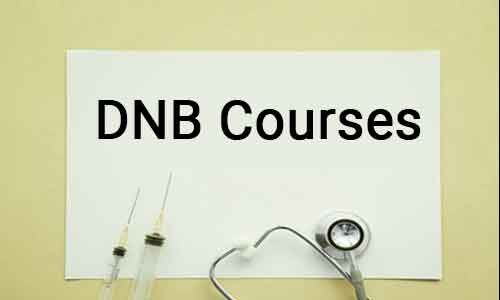 He said new GMC Kathua has recently been granted two seats in the department of Physiology. With this, GMC Kathua is accredited in the specialty of Pediatrics, Physiology and Community Medicine with a total of eight seats.

"Under the dynamic leadership and concerted efforts of Atal Dulloo, Additional Chief Secretary, H&ME Department and Yasin Choudhary, Mission Director, NHM, J&K, 08 District Hospitals and all GMCs/ SKIMS had applied for DNB courses to NBE and a total of 129 applications were submitted by the institutions, out of which 26 applications of old GMCs/ SKIMS, 10 applications of new GMCs and 3 applications of DHs have been approved by National Board of Examinations and a total of 81 seats have been granted to the accredited departments consequent to the concerted efforts and hard work of teams of the institutions. Moreover, 31 more departments of DHs/ GMCs have been assessed by NBE and their accreditation is awaited," he said.

He said these measures are expected to drastically improve the health care services in the far flung districts and will improve the services in the tertiary care institutions as well. This is also expected to markedly bring down the referral from the far flung districts to the already overburdened tertiary care institutes of the UT of J&K.