Chandigarh: The doctors attached to Haryana Civil Medical Services Association (HCMSA) have decided to postpone their strike till 31st December after the Health Minister assured them that their demands will be fulfilled by the end of the month. The doctors were supposed to close OPD services on Monday i.e. 13.12.2021 and to stop all services including Emergency and Post Mortem...

Chandigarh: The doctors attached to Haryana Civil Medical Services Association (HCMSA) have decided to postpone their strike till 31st December after the Health Minister assured them that their demands will be fulfilled by the end of the month. 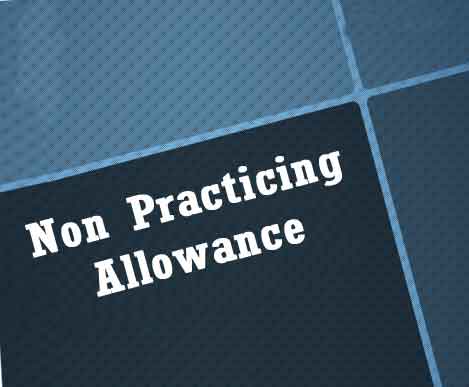 Also Read: Haryana to give Non Practicing Allowance at 20 percent to doctors
In a memorandum to Chief Minister Manohar Lal Khattar, the association mentioned its three main demands including creating a specialist cadre for doctors, stopping the direct recruitment of Senior Medical Officers (SMOs), and amending the post-graduate policy. It said these demands were pending despite several representations to the government.
HCMS president, Dr Jasbir Parmar told Medical Dialogues, "We have postponed the strike and I believe there will be no need for it if the demands are met by December 31".
"We previously had a meeting with the Health Secretary but we failed to come to an agreement after which the doctors, under the banner of Haryana Civil Medical Services Association, decided to shut down the OPD from 13th December. However, now that the Health Minister has assured us we have given them time till 31st December", added the doctor.
Commenting on the decent development, Dr Rajesh Seokand, General Secretary of HCMS Association told Medical Dialogues, " In the meeting of HCMS Association which was held in Ambala between Health Minister Mr Anil Vij and Director General of Health Mrs. Veena Singh and all the heads of all the districts of Haryana State, all our three demands were duly considered by the Health Minister and at the same time he ordered the Director-General Madam to ban the direct recruitment of SMOs and also gave the assurance of changing the service rule."
"Moreover, 40% government doctor's quota in 2 PG policy will be implemented soon. 3 Specialist centers will be implemented soon. Therefore, the association decided to postpone the state-wide strike till 31st December", added the doctor.
In the memo, the association mentioned, " the Association has written multiple times to ACS health to fix a meeting to discuss and resolve these issues amicably. But unfortunately, no call for the meeting has been received to date. Such insensitive attitude of the Govt. for genuine issues is a matter of grave concern. Doctors (Corona warriors) are being forced to go on the path of agitation. Earlier on 9th November doctors wore black badges and on 12th November there was a token pen down for two hours throughout the State of Haryana. Today on 05.12.2021 HCMS association holds a GBM at Karnal. It is unanimously decided that our above-mentioned issues should be resolved within one week otherwise doctors will be forced to close OPD services on Monday ie. 13.12.2021 and to stop all services including Emergency and Post mortem from 14.12.2021 till our demands are met."

Previously Medical Dialogues reported that the Haryana government decided to initiate a direct recruitment process for 118 posts of senior medical officers in the state. However, the move triggered fresh unrest among Haryana Civil Medical Services (HCMS) officers and they stagged token strikes all over the state. Also Read: Haryana doctors to go on token strike over direct recruitment of Senior Medical Officers
The association further stated, " Due to the shortage of doctors, the specialists are overburdened and are not able to render quality services to the patients. Many specialists are leaving the job due to such conditions. The issue of the formation of specialist cadre is pending for many years. Thereafter a committee was constituted at DGHS level which has drafted a proposal for making specialist cadre. The committee has submitted the proposal to ACS health but it is pending there since days and no satisfactory progress has been done on such a sensitive issue. It should be expedited."
" Our another demand is the recruitment of direct SMO to be stopped. Direct SMO recruitment has stagnated 95% of 1-1('MS cadre and doctors are getting only one promotion (SNlO) throughout their entire service. Hence, such recruitment should be stopped", stated the memo.
Highlighting their third demand, the association added, " We have suggested some changes in PG policy. Earlier there used to be 10%. 20 %. 30% incentive to in-service candidates for done PG. Now we have demanded to restore the previous fix quota for in-service candidates and adding superspeciality courses. This will increase the number of in-service doctors pursuing for PG course and also that the department will get more Specialists." Identification of Novel gene for Alzheimer's disease in women