Intussusception is a condition in which one intestine segment "telescopes" inside of another resulting in intestinal obstruction (blockage). It usually occurs at the junction of the small and large intestines and can cause swelling and inflammation leading to intestinal injury.

Peutz-Jeghers syndrome is an inherited condition that predisposes a person to an increased risk of developing hamartomatous polyps in the digestive tract and cancer. PJS is caused by inheriting a mutation in the STK11 gene, also known as the LKB1 gene. 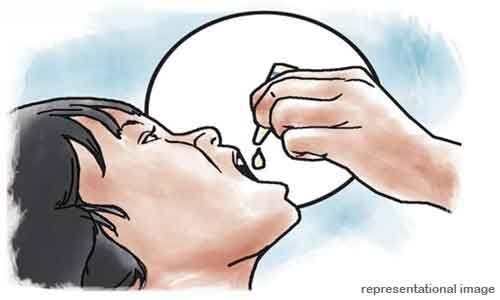 The case in question is of a 26-year-old woman with a known history of the Peutz–Jeghers syndrome who was presented to the emergency department with a 1-week history of abdominal pain and nonbilious vomiting. The heart rate was 110 beats per minute, and the blood pressure 120/90 mm Hg. On examination, a tender mass was palpable in the upper abdomen.

Computed tomography of the abdomen revealed multiple gastric polyps (arrowhead) and gastrogastric intussusception extending into the duodenum (arrow). Gastrogastric intussusception is an uncommon but serious complication of the Peutz–Jeghers syndrome. The patient underwent an emergency laparotomy, which revealed a large, palpable, polypoid mass in the distal stomach.

The intussusceptum was found to be necrotic, and a distal gastrectomy was performed. A Billroth I gastroduodenostomy was constructed to preserve bowel length and to allow for future endoscopic access. The patient recovered well after surgery and was discharged 7 days after presentation. She reported feeling well at follow-up 6 weeks later.

The case report titled, "Intussusception in the Peutz–Jeghers Syndrome," is published in the New England Journal of Medicine.

Dr Kamal Kant Kohli-MBBS, DTCD- a chest specialist with more than 30 years of practice and a flair for writing clinical articles, Dr Kamal Kant Kohli joined Medical Dialogues as an Editor-in-Chief for the Speciality Medical Dialogues section. Besides writing articles, as an editor, he proofreads and verifies all the medical content published on Medical Dialogues including those coming from journals, studies,medical conferences,guidelines etc. Before Joining Medical Dialogues, he has served at important positions in the medical industry in India including as the Hony. Secretary of the Delhi Medical Association as well as the chairman of Anti-Quackery Committee in Delhi and worked with other Medical Councils in India. Email: editorial@medicaldialogues.in. Contact no. 011-43720751