Bhopal: On account of violating the MCI code of ethics, the Madhya Pradesh State Medical Council and National Medical Commission (NMC) have recently taken stringent action against two doctors. Besides, one doctor has received a warning from the medical council. 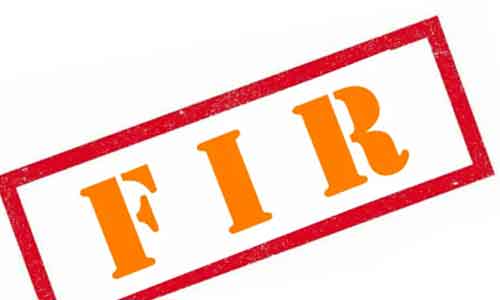 The second case concerns a doctor who was practising medicine in Madhya Pradesh without fulfilling the necessary prerequisite of being registered under the State Medical Council. The doctor is a registered MBBS doctor with the erstwhile Medical Council of India (MCI), New Delhi. He was making medical arrangements and treating patients in the state but he had no registration as an MBBS, MS, MRCS, (England), as claimed by him, with the Madhya Pradesh Medical Council.
In addition, he also portrayed himself as a Laparoscopic, General, and Trauma surgeon on his prescription pamphlets; despite only being an MBBS doctor, reports Jagran.
After the matter came to light, the National Medical Commission, New Delhi (NMC) recommended suspension of his registration from the Indian Medical Register for six months. The authorities would take action against him under the provisions of the Madhya Pradesh Medical Council Act 1987 and Indian Medical Council (Professional Conduct Etiquette and Ethics) Regulation 2002 as well, adds the daily. Also Read:MP Medical Council puts PG Registration of doctors on Hold, Doctors threaten Strike
Moreover, the State Medical Council has issued a warning to another doctor, who is reportedly attached to Prime Hospital, Gwalior. The doctor has been directed to provide a patient's medical documents to the patient or his attendants within 72 hours. Following the complaint in one of the cases, the doctor has been referred to the Indian Medical Council (Professional Conduct Etiquette and Ethics) Regulations 2002, Para No. 1.3.2 which deals with the said norm.
Along with this, instructions have also been given to add the above warning as a remark in the registration of the doctor.