Kancharapalem: An Andhra Pradesh-based doctor lost ₹17 lakh cash and expensive valuables as a miscreant stole the cash and a gold bracelet from his chamber.

The incident took place at a private hospital at Kancharapalem late on Monday night. Also Read:PGIMER: 700 workers boycott duty after junior resident doctor accuses 3 staffers of theft
According to Kancharapalem police, the cash and gold were is a desk in a doctor's chamber. An unidentified miscreant allegedly entered the doctors' chamber and stole the cash for the desk. As per a recent media report by The Hindu, police are suspecting that the accused might be an ex-employee of the hospital and thus had information about the doctor's desk and his chamber. Police informed that Rs 17 Lakh cash has been stolen from the hospital.
Kancharapalem police have registered a case and have launched a thorough search for nabbing the offender. Further investigation is underway. 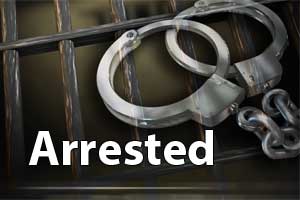 Also Read:Two held for allegedly stealing medicines from govt hospital: police
A few days ago two employees of a government hospital in Jammu and Kashmir were arrested for allegedly stealing medicines and selling them to chemist shops. Police questioned two employees of the Jawahar Lal Nehru Hospital at Rainawari here. A large number of injections stolen from the hospital were recovered finally, a police spokesman said. The duo allegedly used to steal medicines meant for patients of the hospital and sell these to private medical shops. Also Read:Robbery at Hospital: Jewellery stolen from patient recovered from another patient's house in TN
During January this year, in another incident, a patient of Thoothukudi government medical college and hospital allegedly stole a five sovereign gold chain from another patient visiting the hospital. However, the stolen pieces of jewellery worth Rs 1.85 lakh were recovered after examining the CCTV footage.